Amy's sister was bridesmaid and carried a smaller version of the brides bouquet and in a more rounded shape. A little flowergirl wore a floral head circlet of gypsophilia and ivy leaves and carried a sparkly butterfly wand, accessorised with tiny rose buds, gyspophilia and lots of trailing ribbons.

George wore a buttonhole of a blush pink rose with waxflower, eryngium, eucalyptus and rosemary and the other men wore a blush rose with foliage.

The church was decorated with flowers in the same colour scheme and included some larger flowers including hydrangea and delphinium. There was a large pedestal arrangement at the front and alternate pews had small cascading arrangements fixed to them.  There was an arrangement on the font to welcome guests as they entered the church, and arrangements on the window ledges, complete with pillar candles and foliage laid around them.  The church entrance had an arch of flowers over it with floor standing arrangements either side of the door.  An extra touch was a floral heart hanging from a metal archway that the guests had to walk under to enter the church.

Back at Langdon Court, a beautiful 16th century manor house hotel, the flowers from the church were able to be used again, with the pedestal arrangement in the porch, arrangements on the entrance steps and window ledges, and the arch from the church door laid along the fireplace. For the table centrepieces, the couple chose to have arrangements displayed on glass server stands, with a selection of silver glass jars, votive holders with tealights, and diamante crystals around the centrepiece to finish the look.  A selection of pillar candles, tealights and smaller floral displays in silver bowls were displayed along the front of the top table, with foliage and fairy lights laid inbetween them. The hotel had it's own elegant silver candelabra which were placed in the large windows around the room and the ledges were dressed with smaller candles and foliage.

The final decoration was the beautiful staircase which was dressed with a selection of glass hurricane lamps and jars of roses and gypsophilia. Foliage was laid amongst them, down each side if the staircase, and it made a lovely feature for photographs. 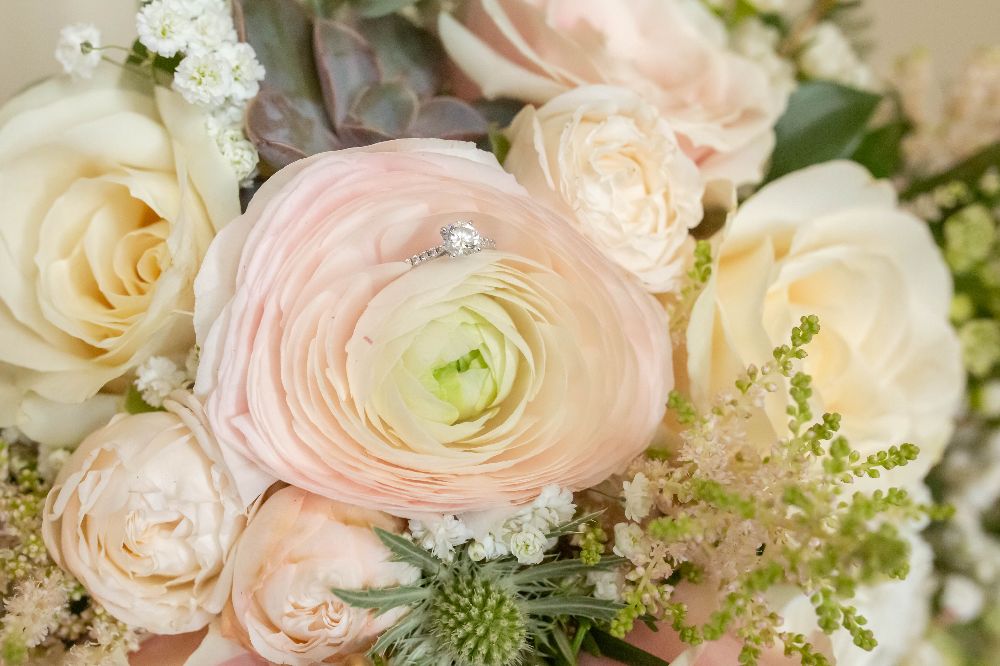 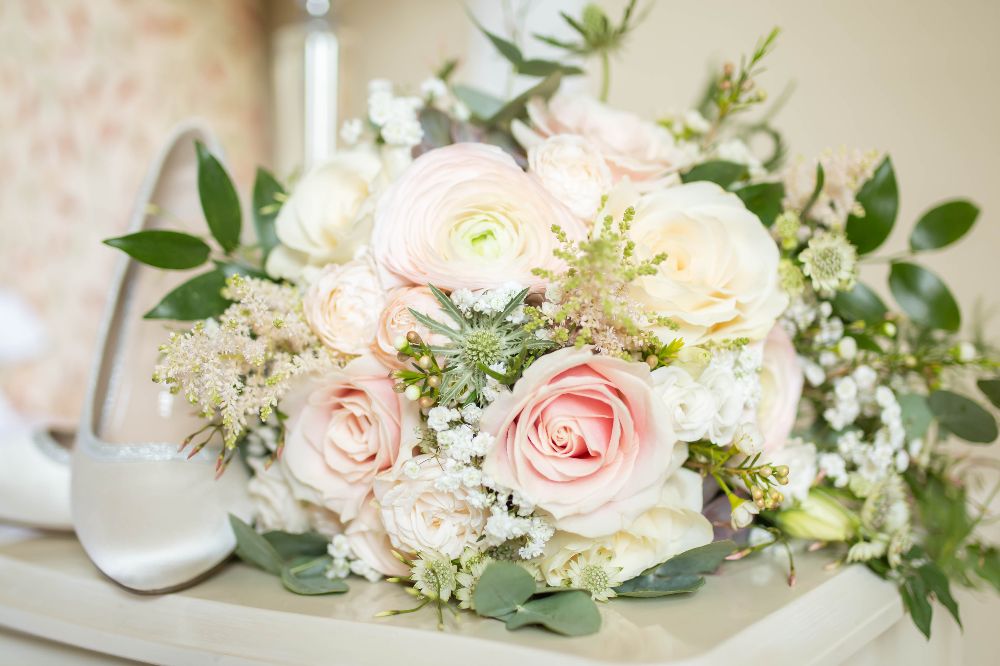 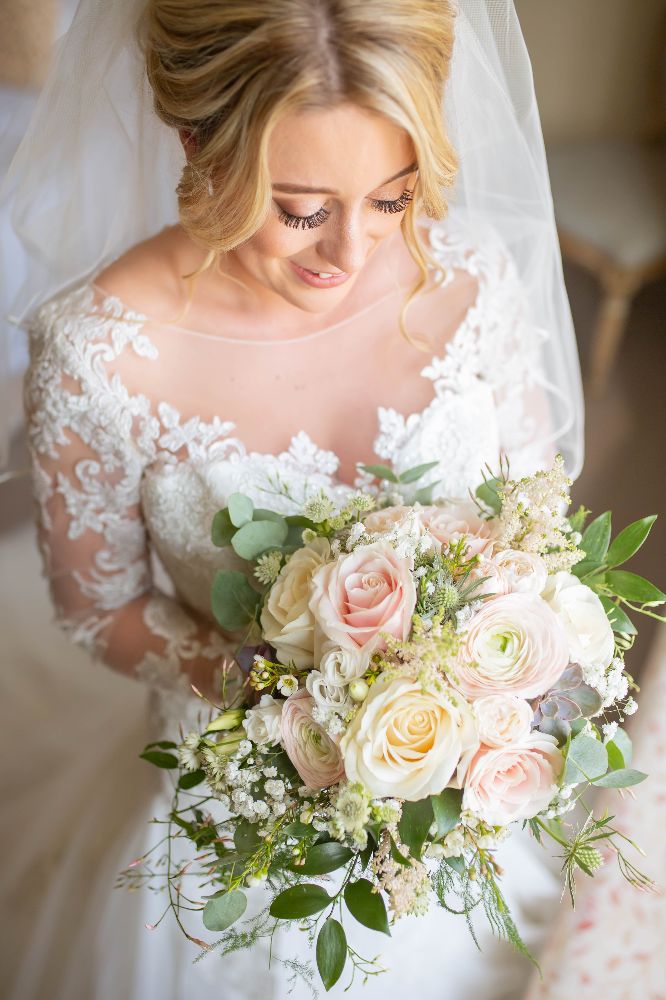 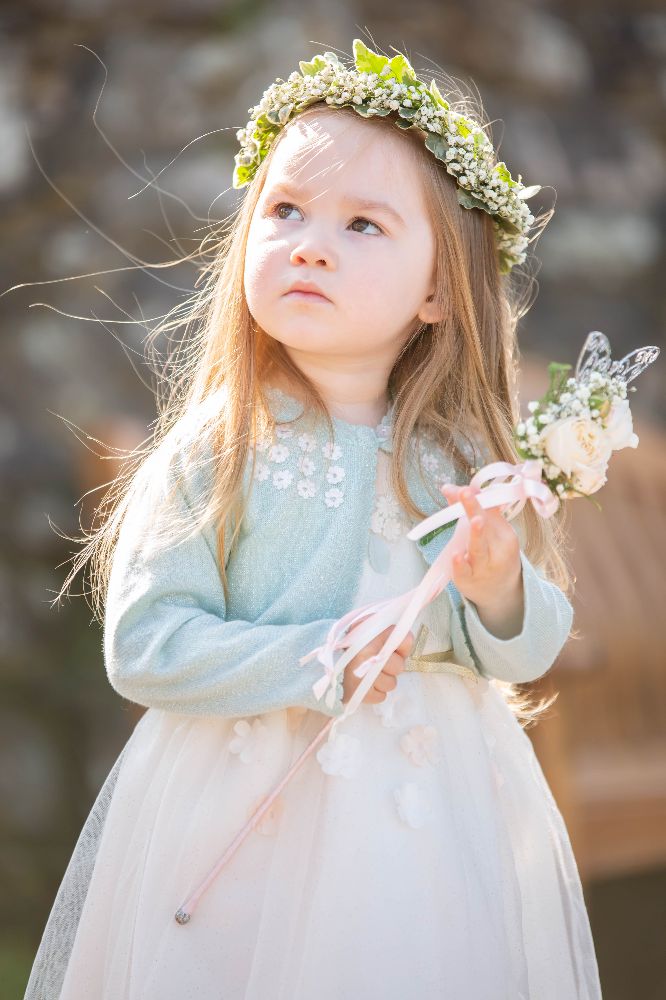 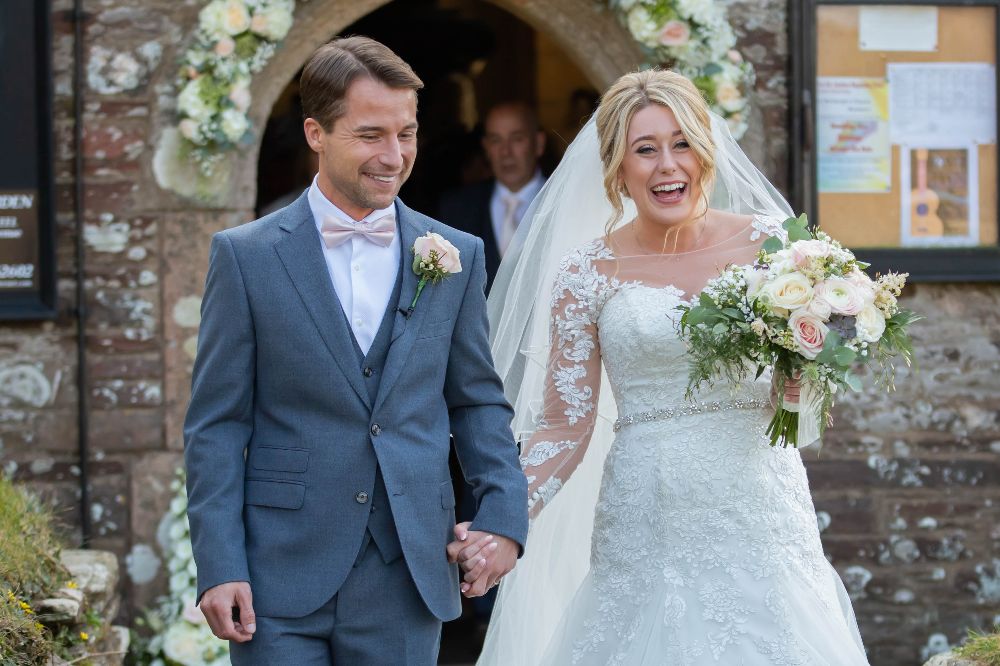 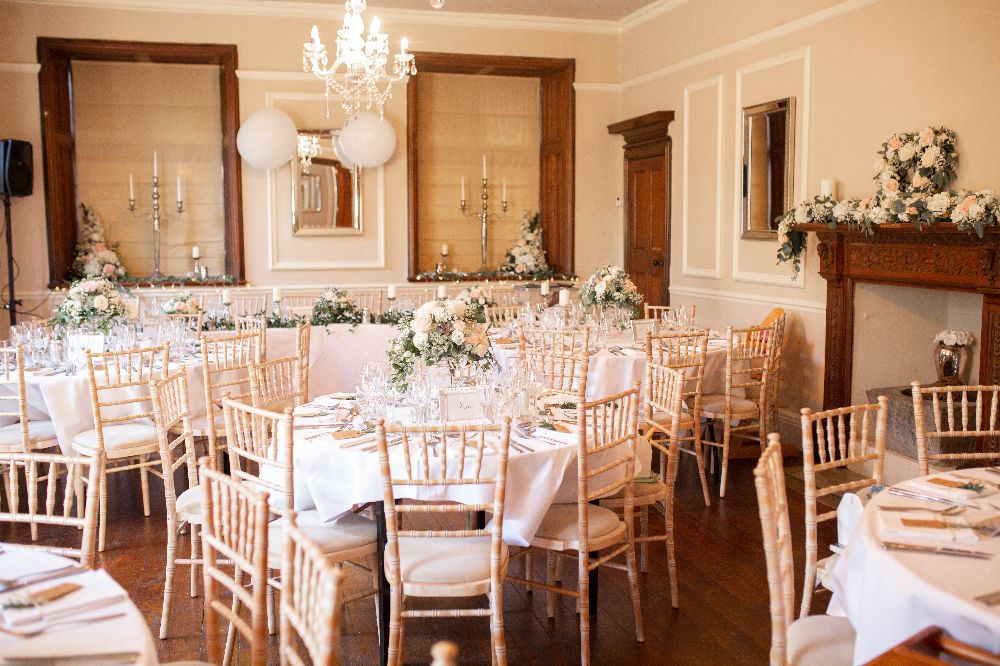 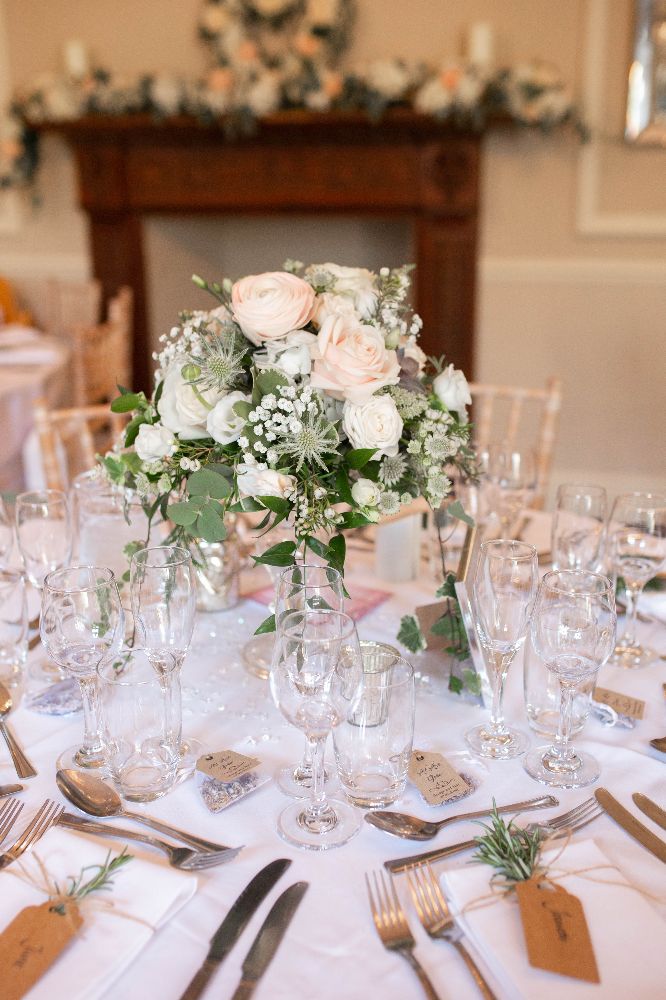 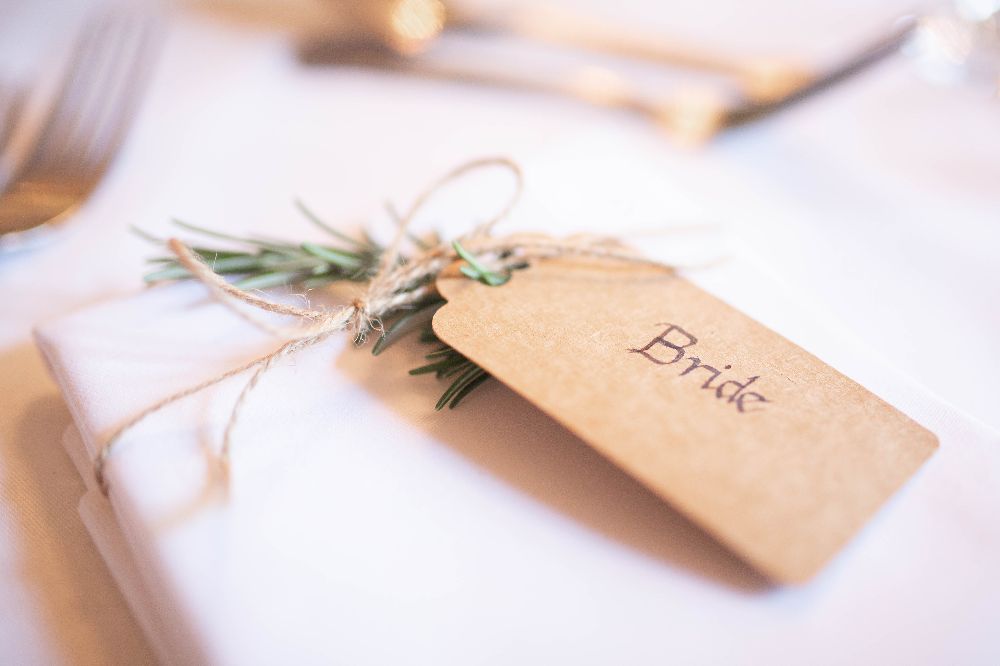 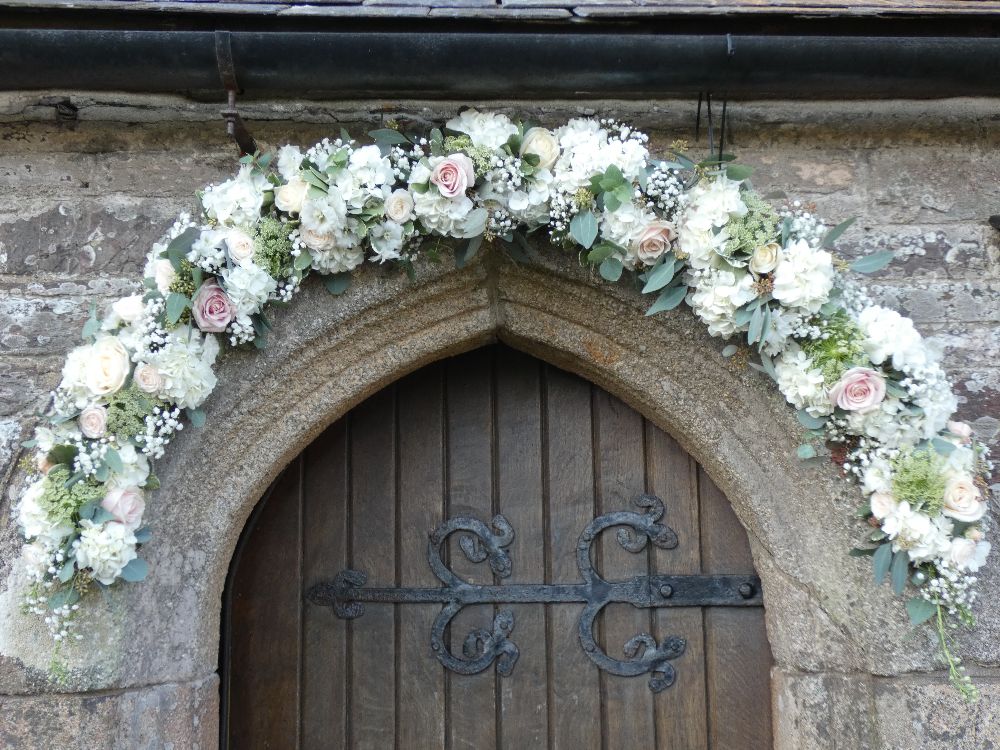 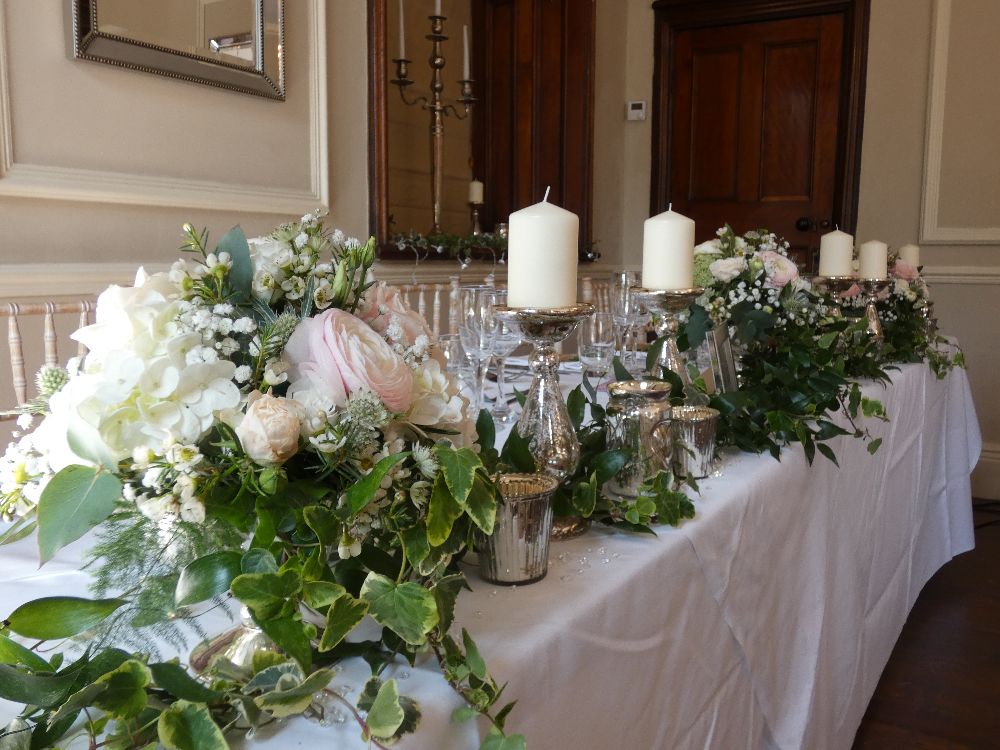 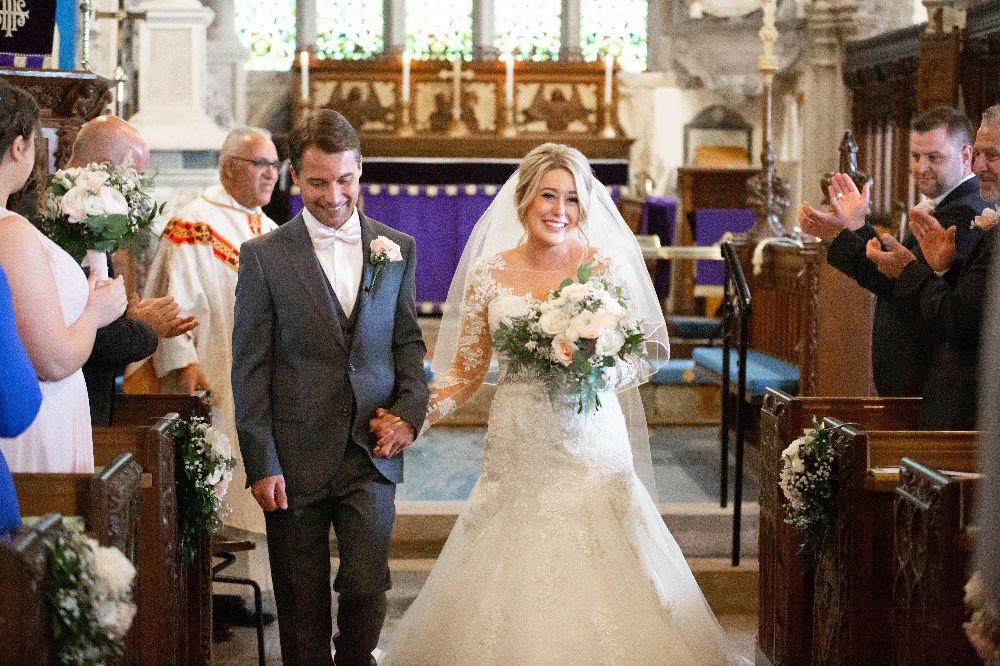 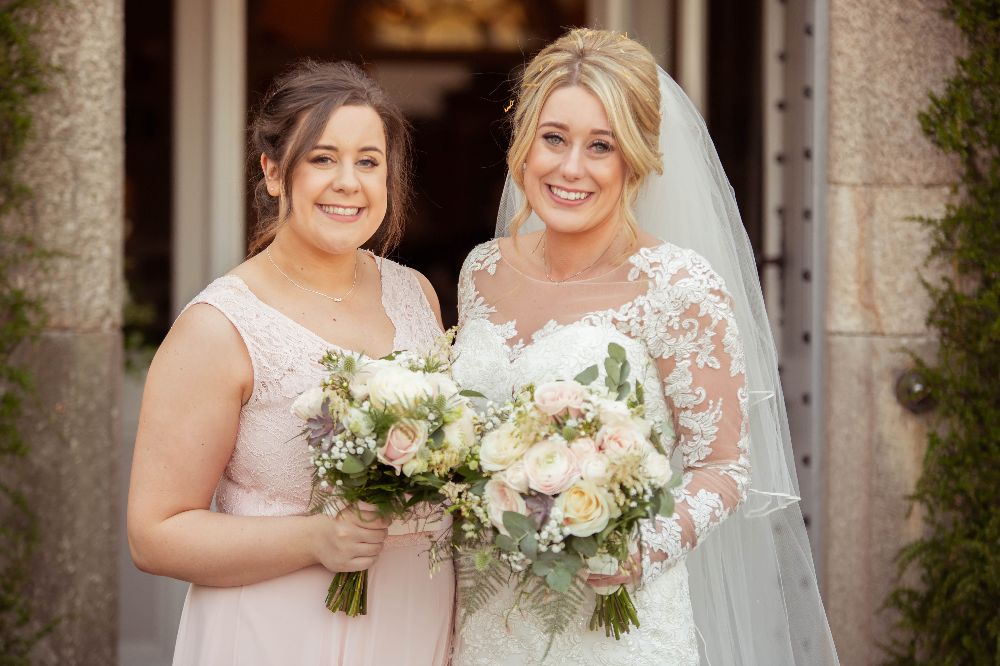 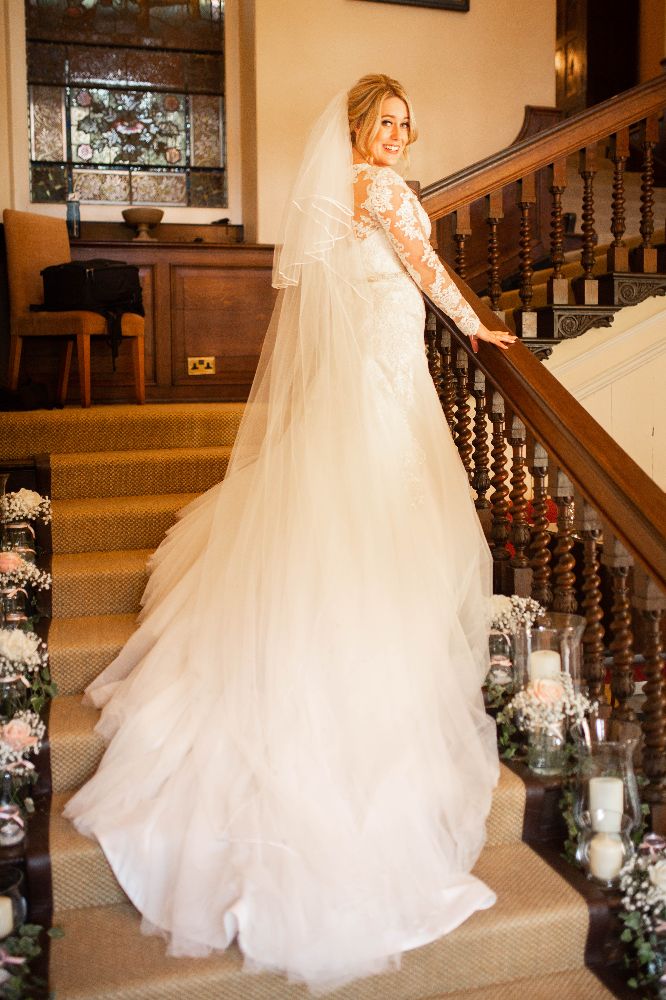 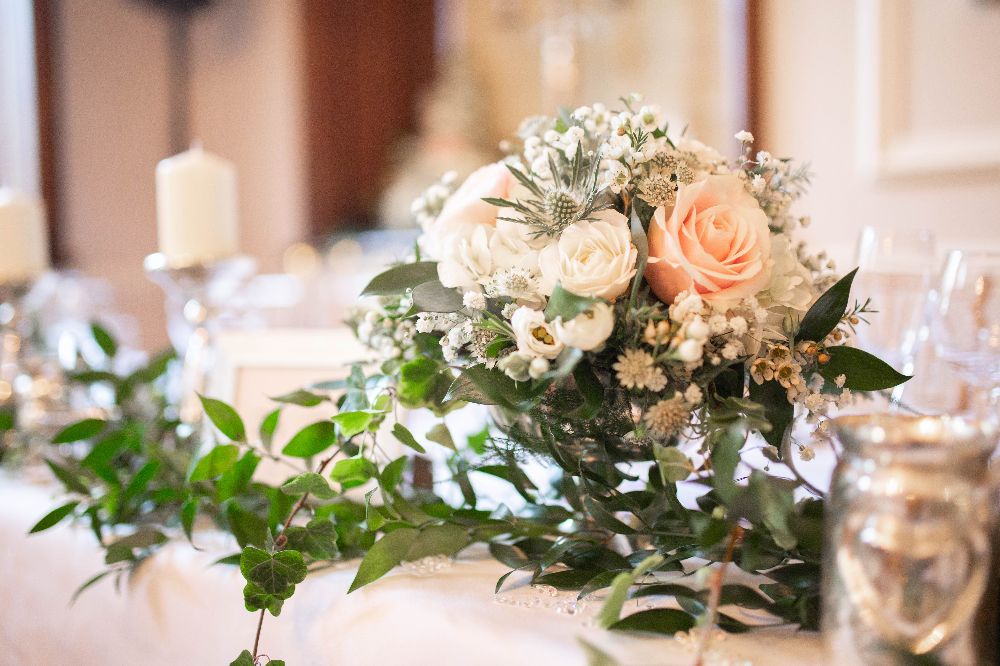