Kelly and Sean held their wedding at the beautiful Barnett Hill in September 2016, and despite a rather wet day, still had an amazing day.

Kelly chose for her bouquet, a selection of garden style flowers with september flower, waxflower, astrantia, astilbe, Amnesia roses, hydrangea, gypsophilia and steel berries. The theme of the wedding was a relaxed, rustic country style so the bouquet was finished with natural hessian.  The mens buttonholes complimented the bouquets, using veronica, roses and steel berries with the stems bound in hessian.

For their reception, Kelly collected various sized jars which she decorated herself and provided for us to arrange the flowers in and set out in groups on log slices which we supplied.  Her stag ornaments were the finishing touch to the displays.

We created a traditional style oval shape arrangement for the Bride and Grooms top table. 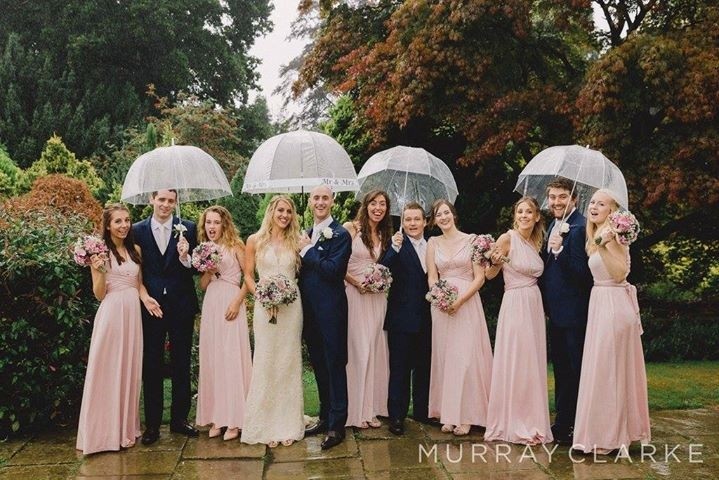 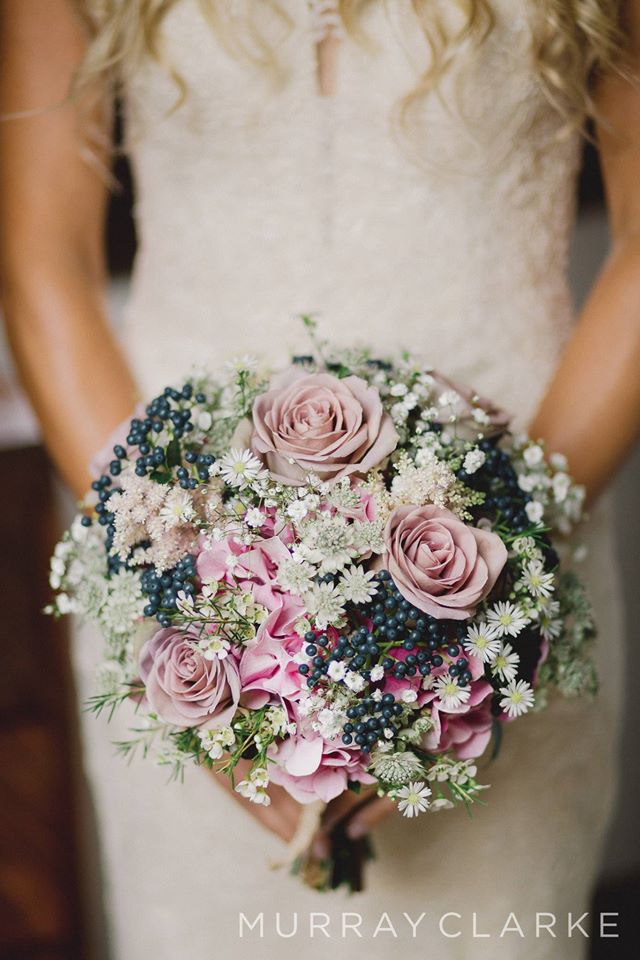 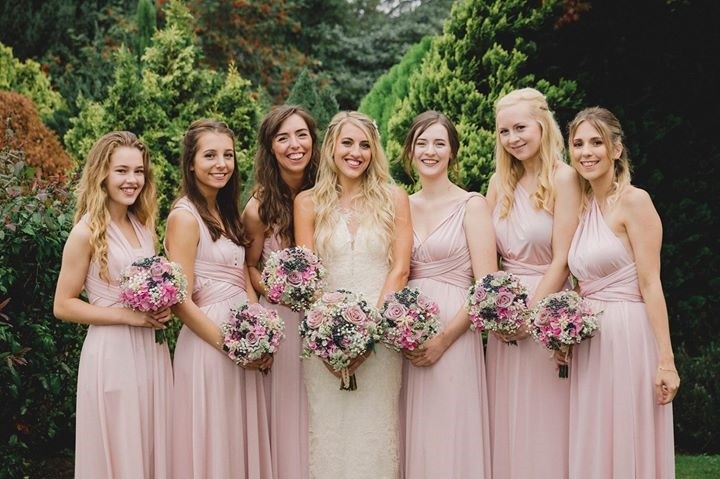 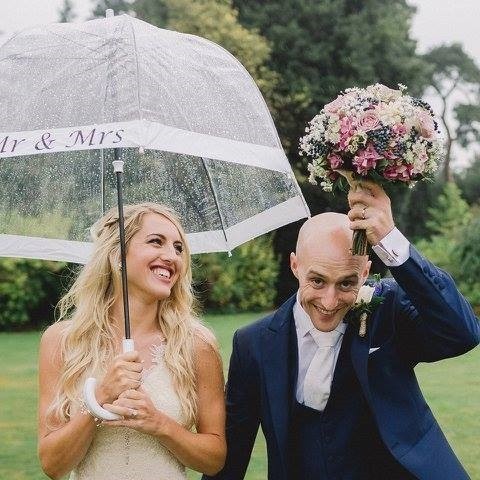 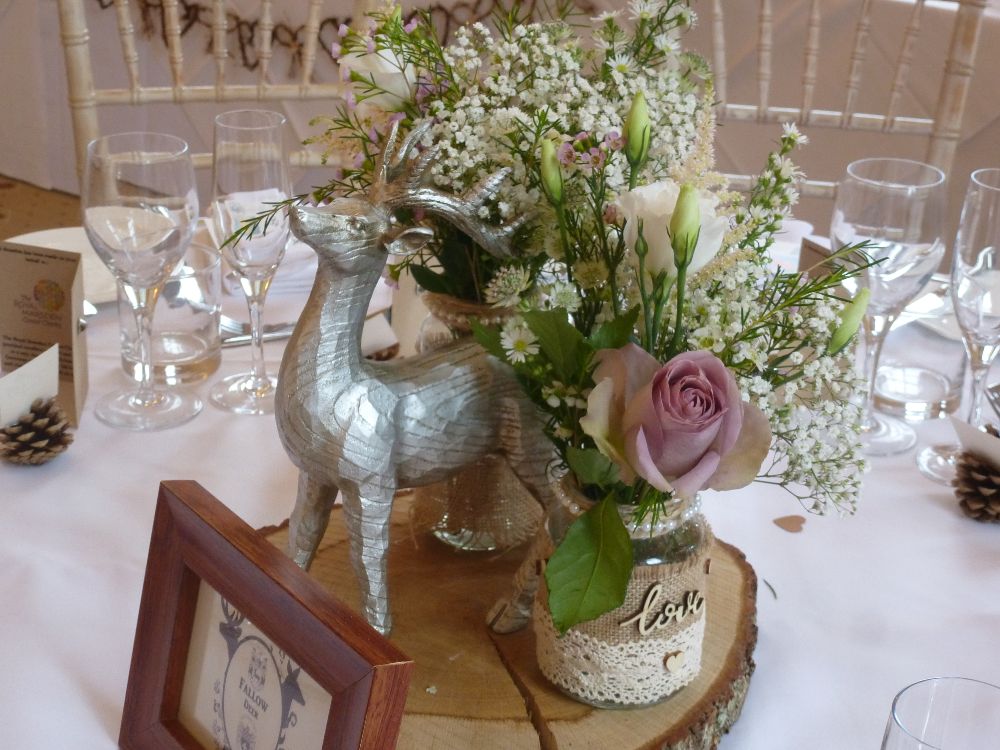 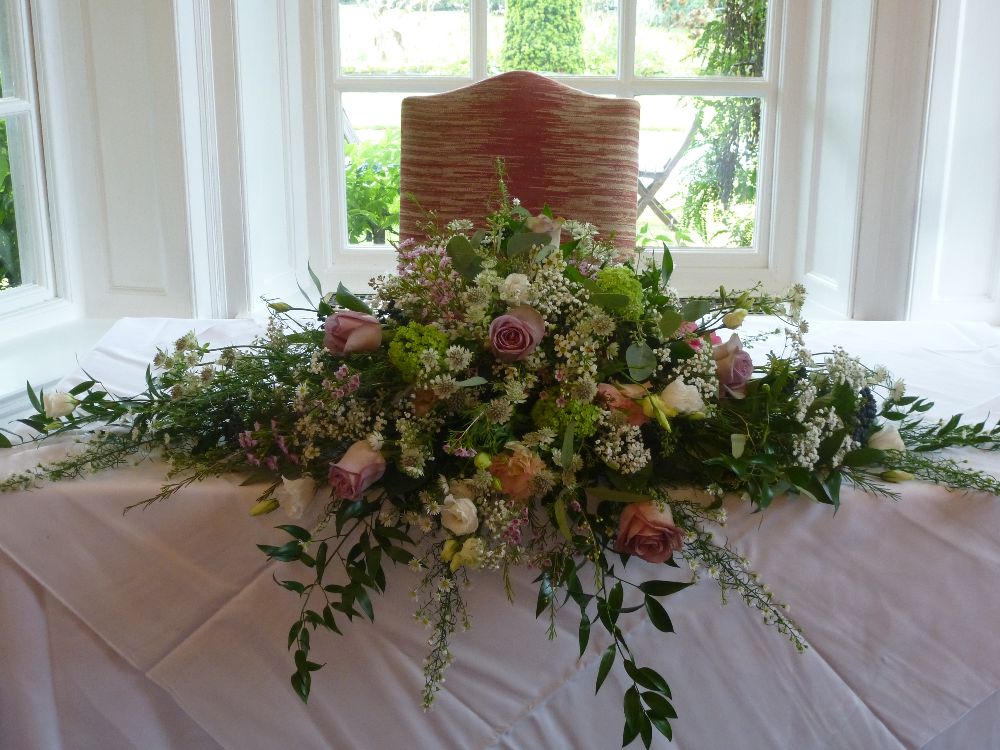