Louise and Aaron held their wedding at the beautiful Guildford Manor.  It was a smaller wedding than they had planned, due to Covid restrictions but they still enjoyed their day.

The colour scheme for the flowers was shades of pink and when Louise came to see us to discuss her flowers, she had found a particular variety of rose called 'Blueberry'. This was a focal flowers withing her bouquet, complimented with spray roses, thilaspi, lizianthus, veronica, celosia, gypsophilia and rosemary.

The four bridesmaids carried small tied bouquets of gypsophilia with a few roses and veronica inbetween.  Aaron wore a buttonhole of an ivory rose with veronica and rosemary to compliment Louise's bouquet, and the other men in the bridal party had a simple ivory rose with rosemary.

We dressed the ceremony table with a selection of small glass vases of flowers with ruscus foliage laid inbetween and cascading over the front of the table.  The couple were lucky enough to hold their ceremony outside in the picturesque gazebo. This already had some beautiful jasmin flower growing around it, but we enhanced it with some artificial ivy and fresh gypsophilia to fame the couple as they took their vows. 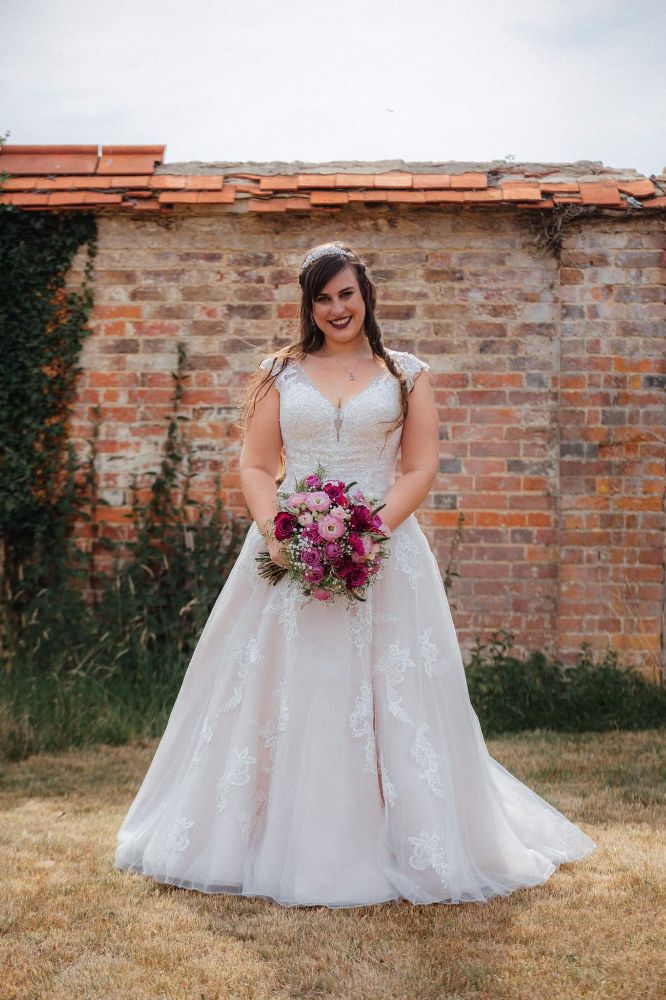 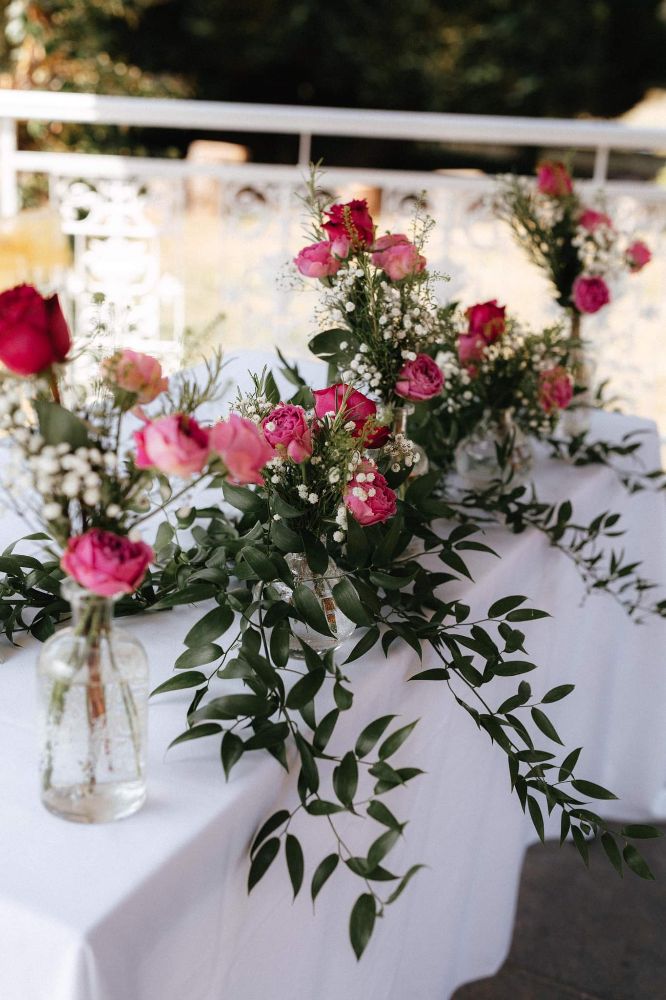 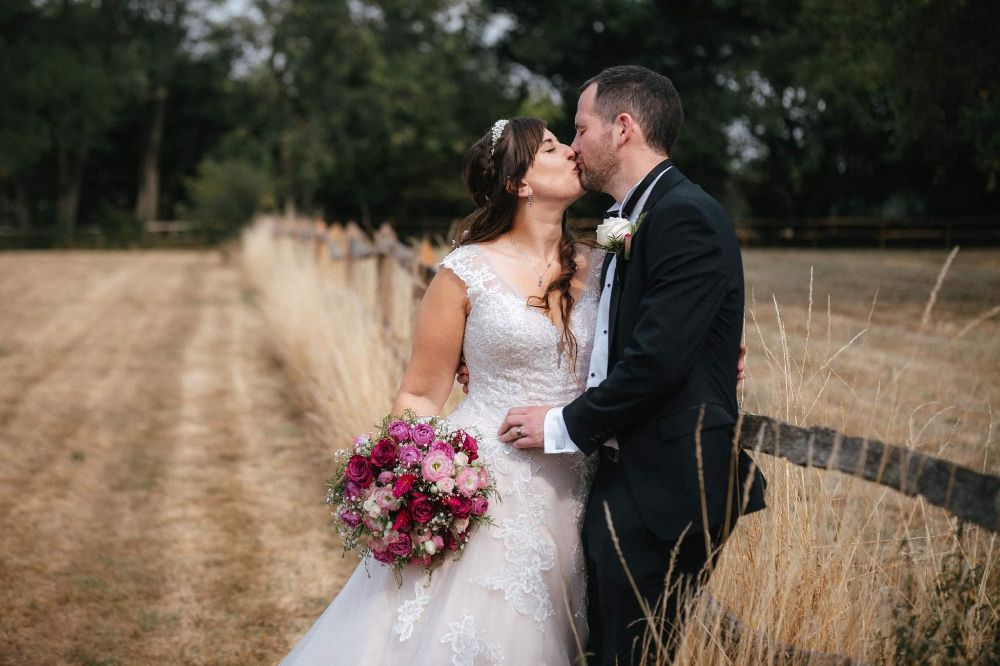 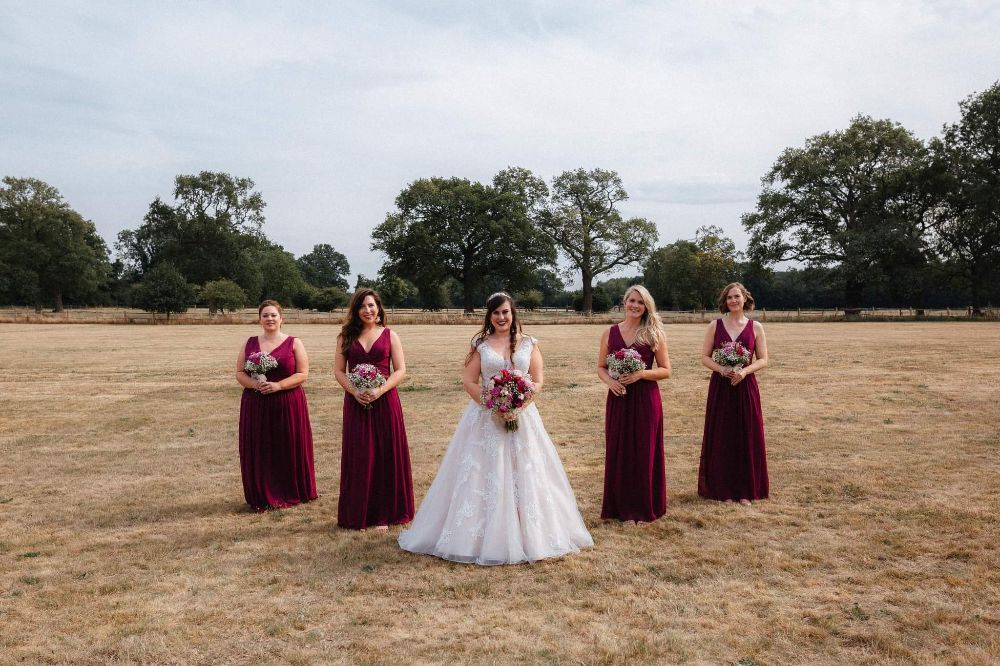 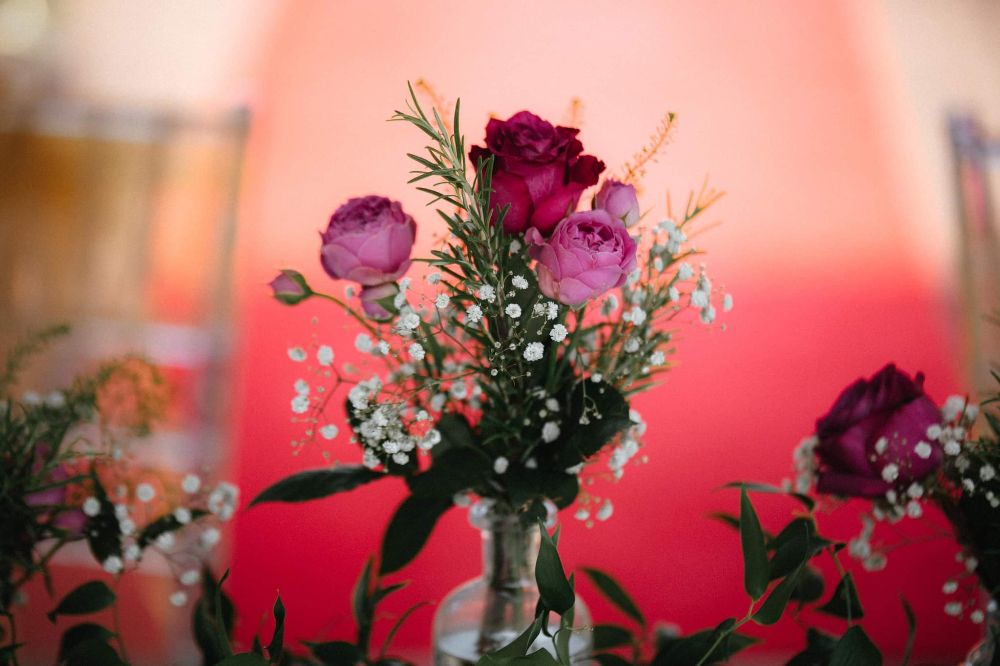 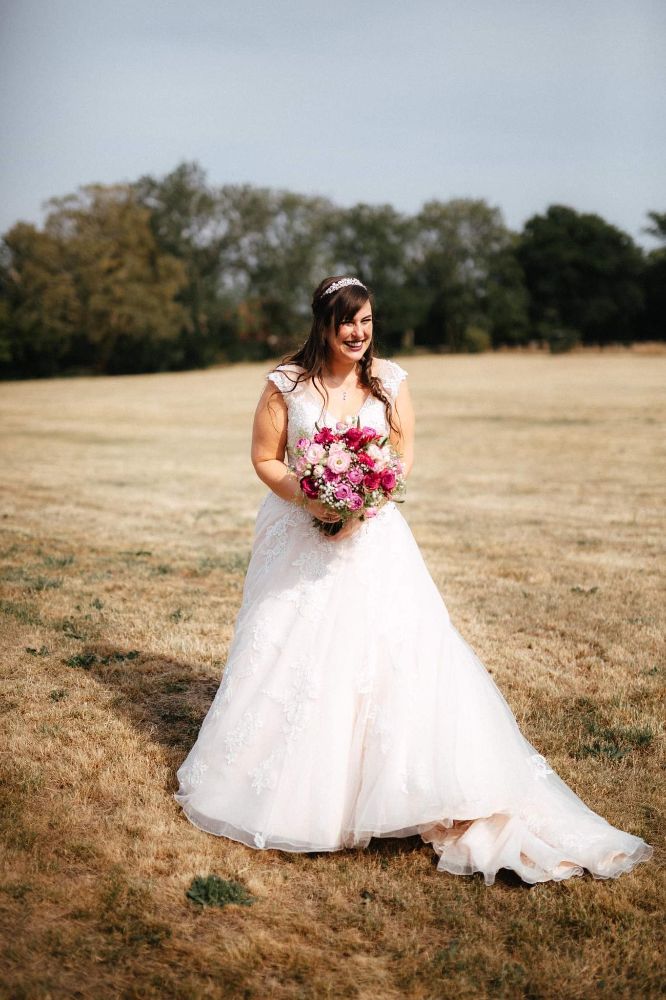 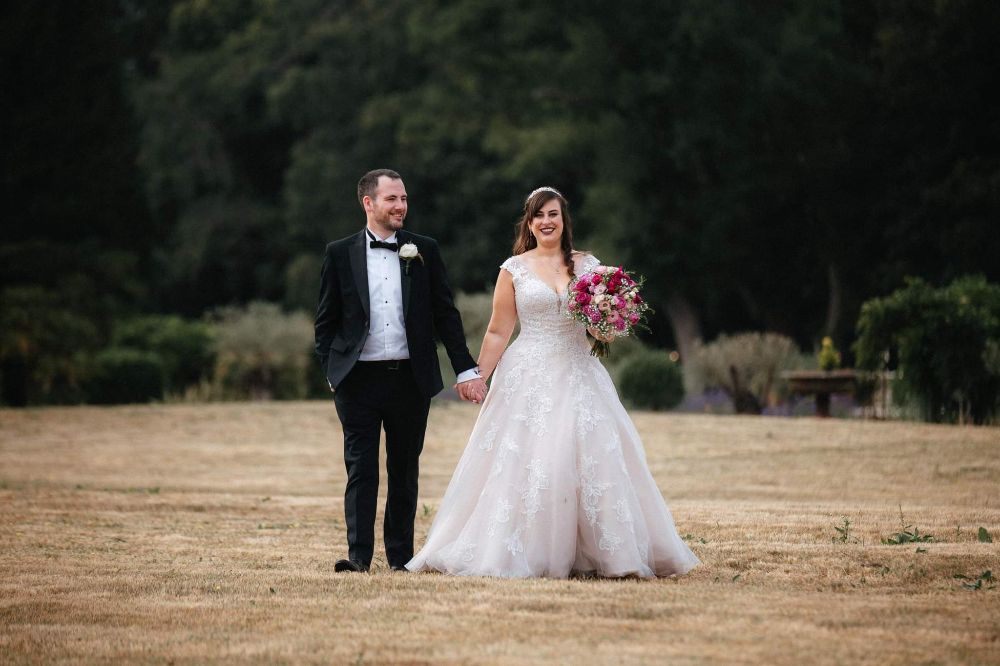 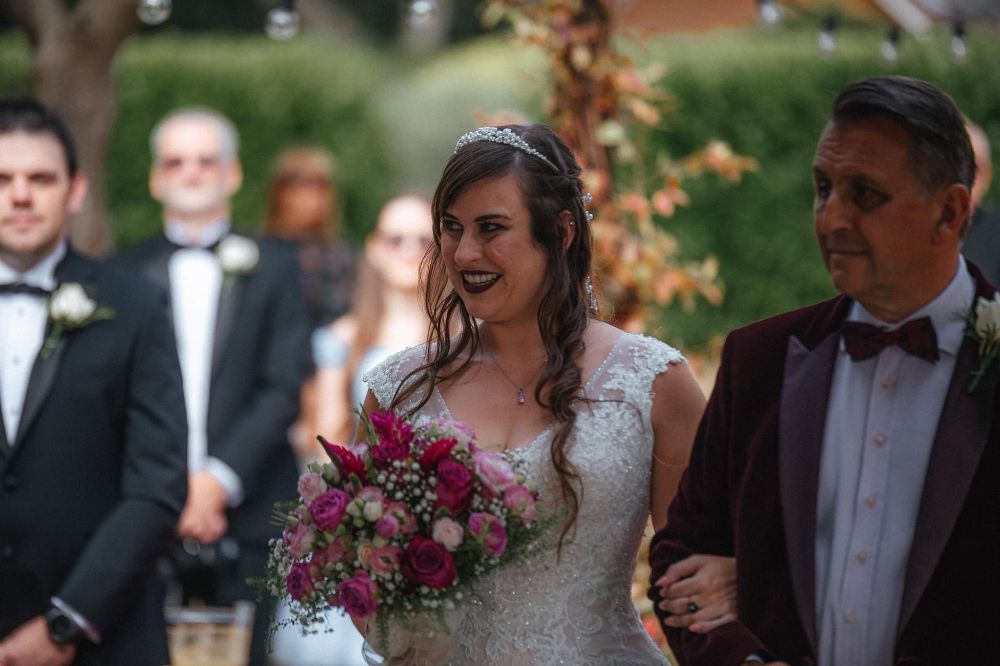 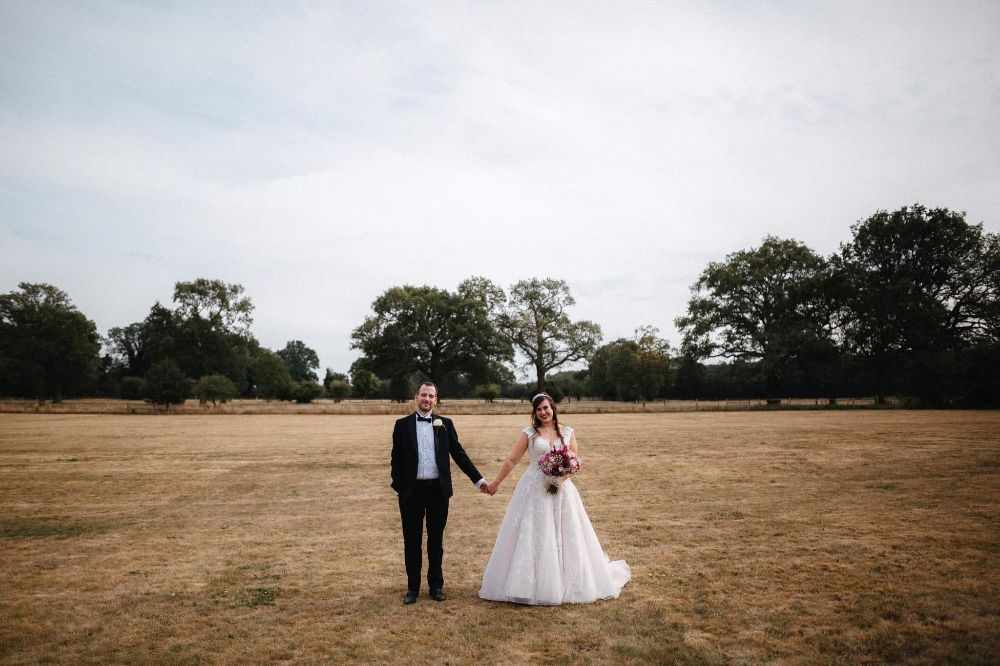