Naomi and James wanted a very natural and country style for their wedding flowers, and chose a colour palette of soft peaches and ivory. Naomi's bouquet contained pretty 'pearl avalanche' roses, lizianthus, veronica, ammi, astilbe, 'jana' spray roses, september flowers, hypericum berries and eucalyptus foliage.  The bride and her maids also accessorised their hair with flowers that complimented the bouquets.  James wore a buttonhole of a peach rose with waxflower and september and the Groomsmen wore country style buttonholes of small rosebuds with waxflower.

The church was in the picturesque village of Shere and we created a pretty arch of flowers over the doorway and matching displays on the lych gate. Inside the church we stood a large pedestal arrangement and placed some decorated jars of flowers on the altar steps, which were then later on moved to the reception to be used on the table. 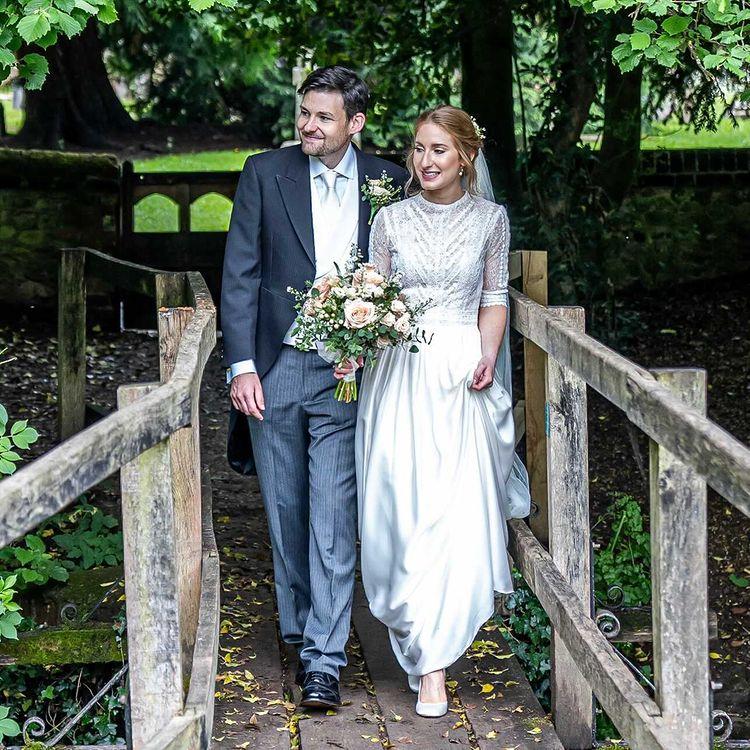 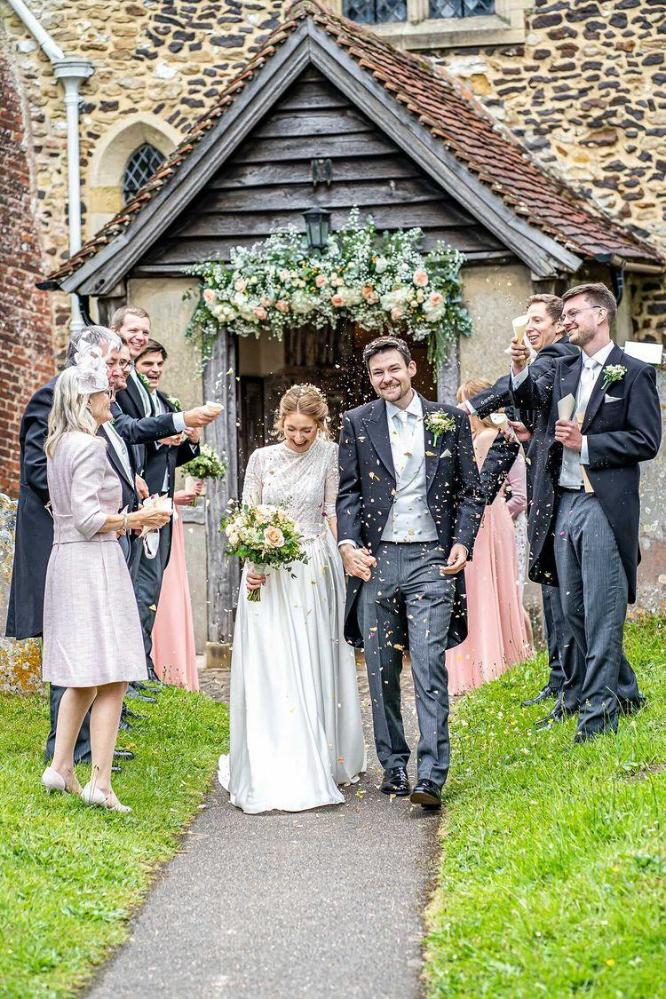 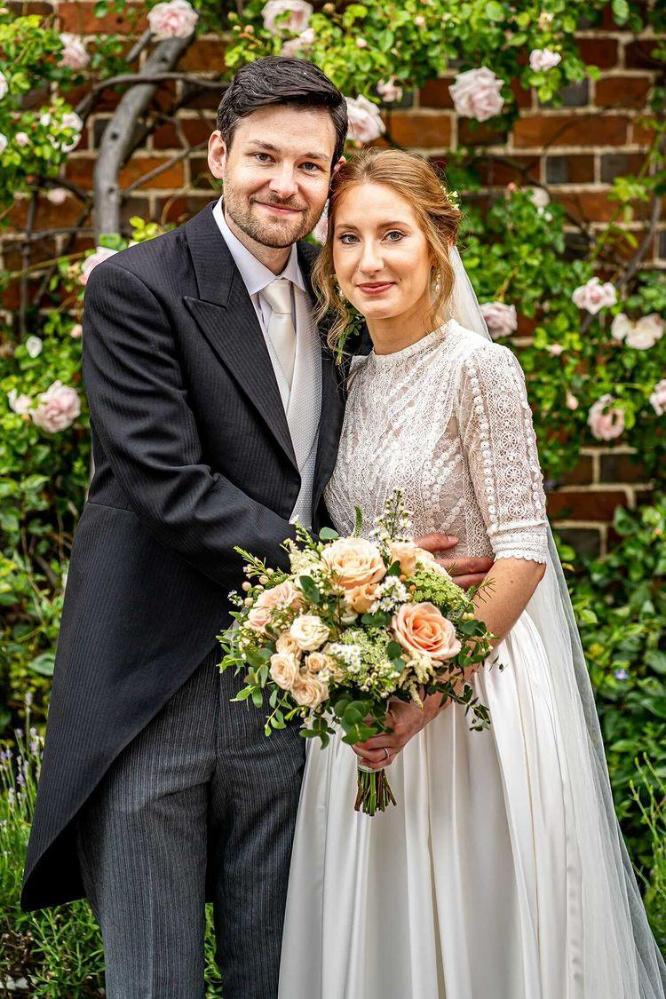 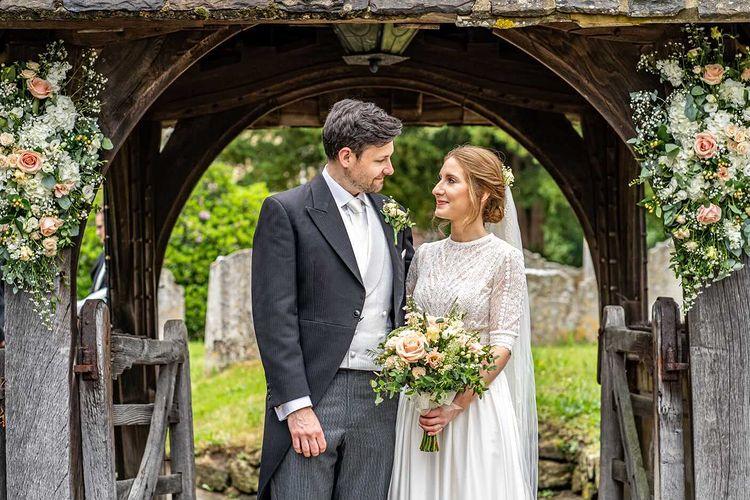 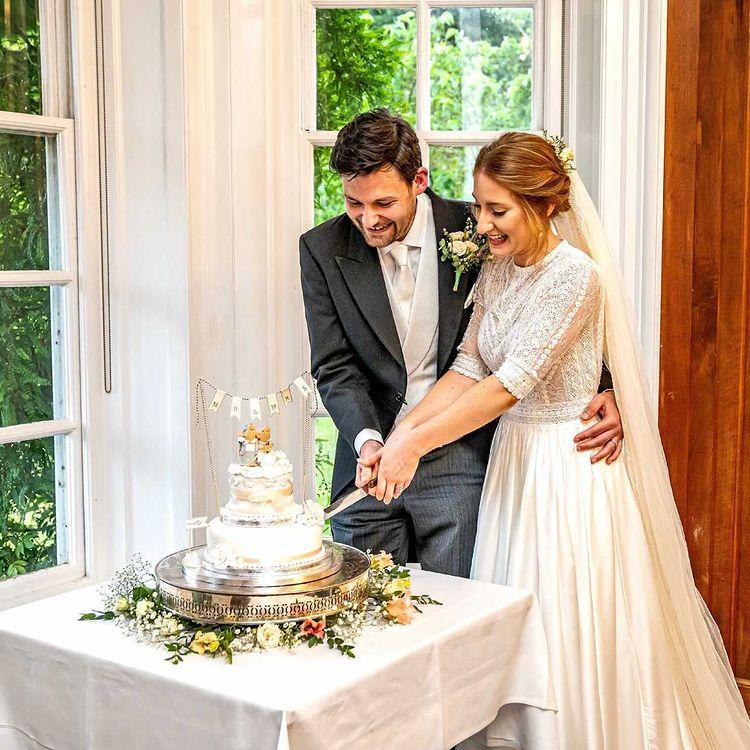 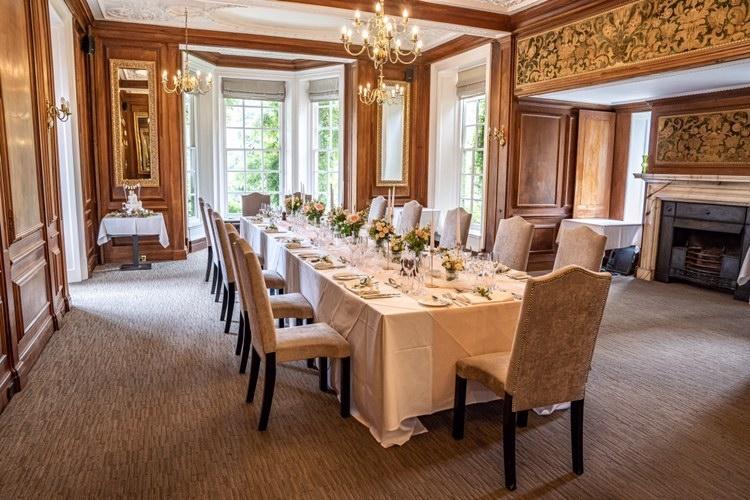